How to Prepare Yourself - and Your Business - for a Breakthrough

Ready to take yourself and your business to the next level? Read how to make course corrections, stick to your vision, and more.

Pixar’s first film, Toy Story, was a hit right off the bat. Since then, the company has released hit after hit and is a beacon of excellence in their industry. J.K. Rowling’s first novel started the Harry Potter series, which may be the most financially successful children’s books of all time. Rovio’s Angry Birds was a runaway success, becoming the most downloaded mobile game in history.

Companies and creators look like they achieve success all at once. But do they really? 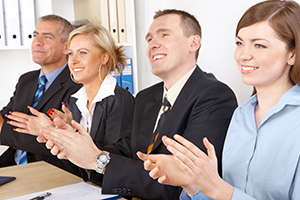 Pixar was nearly ten years old when it released Toy Story. J.K. Rowling had the idea of her boy wizard seven years before the first Harry Potter book was published. Rovio had developed 51 titles before their 52nd, Angry Birds.

What really happens is what Jim Collins describes in his book, Good to Great: build up, then breakthrough. Great companies, individuals, and even nations slowly build up momentum over time, often for years, before finally crossing the threshold of financial success, personal excellence, or public acknowledgement.

We all want to accomplish great things, in both our professional and personal lives. So how do we do it?

First, do what David Allen, author of the Getting Things Done methodology, suggests: “envision wild success.” What do you want to accomplish? Where do you want to go? Do you want to reach a yearly revenue of x dollars? Be the number one cleaning company in your city? The more detailed your mental picture, the better.

Second, work backward from there. What needs to happen to reach your goal? And what needs to happen in order for that to happen? This works on both small-scale and large-scale projects. You may not be able to see every facet of every step at first, but trust that as you get going, the path will unfold before you.

Third, just start plugging away at your plan. Work steadily at your project. Slow but consistent progress is far more effective than short bursts of energy.

As you move forward, you may feel discouraged by a lack of immediate success. Ira Glass, host of the hit radio program, This American Life, relates, “Most everybody I know who does interesting [work] went through a phase of years where [what] they were making wasn’t as good as they wanted it to be.” Glass continues, “It’s normal to take a while, and you just have to fight your way through that.”

Ed Catmull, co-founder of Pixar, recently said, “Failure is the consequence of trying something new.” Josh Linker put it this way: “The most successful people … realize that mistakes are simply data, providing new information to adjust your approach going forward.”

So when you make mistakes, remember that mistakes make excellent tutors.

Stick to Your Vision

When the way gets darkest, though, you need to remember why you’re doing all this in the first place. Pull out that original mental image of wild success and let it fill you. 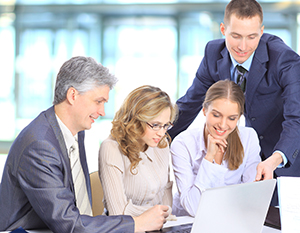 If you’re considering turning back, think deeply about your motive for doing so. Stephen King says in his memoir, "Stopping a piece of work just because it’s hard, either emotionally or imaginatively, is a bad idea."

If you’re tempted to stop because it’s difficult or taking longer than you wish, silence those voices by reminding yourself of your wonderful vision and forging ahead more determined and optimistic than ever in the original direction.

When to Make a Course Correction

But what if you suspect your original vision was in some way flawed? How can you tell the difference between the wisdom to change courses and the siren call of quitting?

First, it’s important to distinguish between your vision and the plan you established to get there. Do some soul-searching on the vision and, if you can, research and analytics on the plan. If the vision is dead on, but your plan isn’t working, adjust your plan.

Second, if you can tell that your vision is where the trouble lies, ask yourself what about your vision resonated with you in the first place. Get to the core of what excited you. Then simply center your new goal around that, and set in place a plan to get there.

Slow and Steady Wins the Race 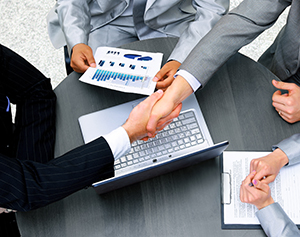 “Constant dripping hollows out a stone,” said Titus Lucretius Carus. According to Jim Collins, the executives at some of the most successful companies in American history reported that they had no idea they were flying toward success at breakneck speed until the public took notice. From their perspective, they were just plugging away, one day, one decision, at a time. Their eyes were on their vision, not on the scenery they were passing along the way.

The same will happen for you as you set your vision, create a plan, and stick to it, making course corrections when needed. It may seem like you’re not making much progress at times. But as you work toward your vision, you’ll eventually reach it.